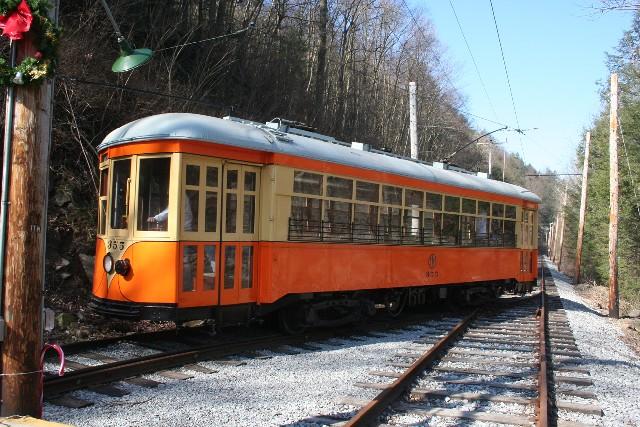 Our second trolley car from Johnstown ran in that city from the time it was built until the system in Johnstown was abandoned. Car #355 is a comfortable car built by the St. Louis Car Co. in 1925. The St. Louis Car Co. was known as the “Quality Shops,” where trolleys, rapid transit cars, and even airplanes were built for nearly 90 years, with production finally ceasing in 1973. 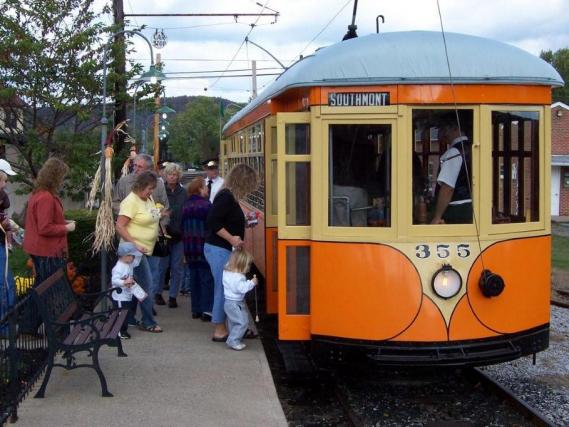 Passengers Board JTC Car #355 for the ride to Blacklog Narrows

Car #355 now has controls at both ends of the car, although it was built with controls at one end only. It is typical of the many lightweight cars built in this time period. Trolley #355 has a safety air brake system similar to that on Johnstown Trolley Car #311, which permitted the car to be operated with a crew of one. If the motorman became disabled while the car was in motion, the safety air brake system would automatically stop the car. This type of air brake system saved the transit company many salaries, as it allowed only one person to both operate the car and collect fares. Instead of paying a roving conductor, passengers paid their fares when they boarded or left the car. 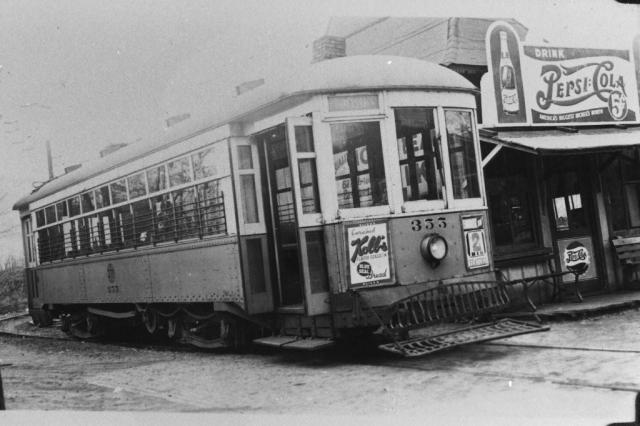 Trolley #355 is at the Roxbury loop when Pepsi Cola was just a nickel. This is the as-built look of the car when it had a different looking dash, a fender and a different headlight. 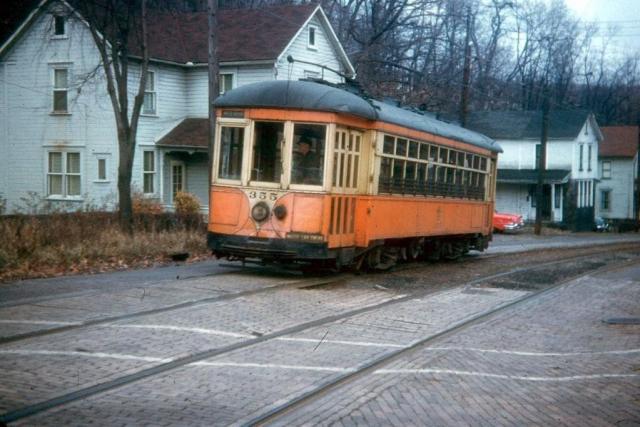 During November 1959, Trolley #355 is shown operating on the Roxbury line in Johnstown.

When trolleys stopped operating in Johnstown in 1960, car #355 left for a proposed museum in New Hampshire. Our museum acquired car #355 in 1970 from New Hampshire when it became apparent that the proposed museum would never be developed. Car #355 has received one of the most extensive restorations at the museum with the help of the ISTEA grant that the museum received from PennDOT. The running gear was extensively rebuilt by the museum, prior to the body restoration. All major areas on the car received new materials, such as steel siding and under frame work, air piping, electrical wiring, flooring, refinished seating material and wooden frames and refinished original cherry woodwork interior. 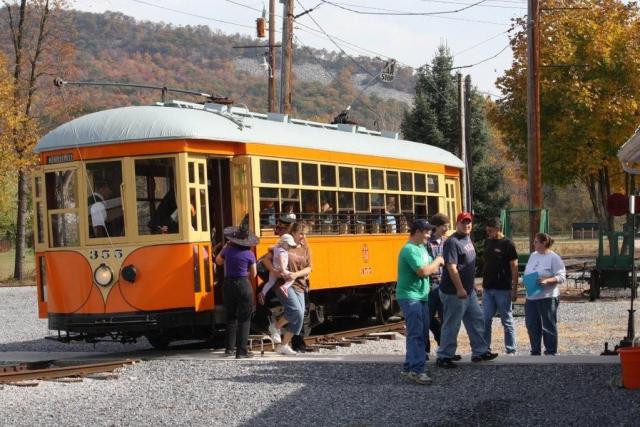 Trolley #355 unloads passengers after its restoration, just as it was designed to do so many years ago.