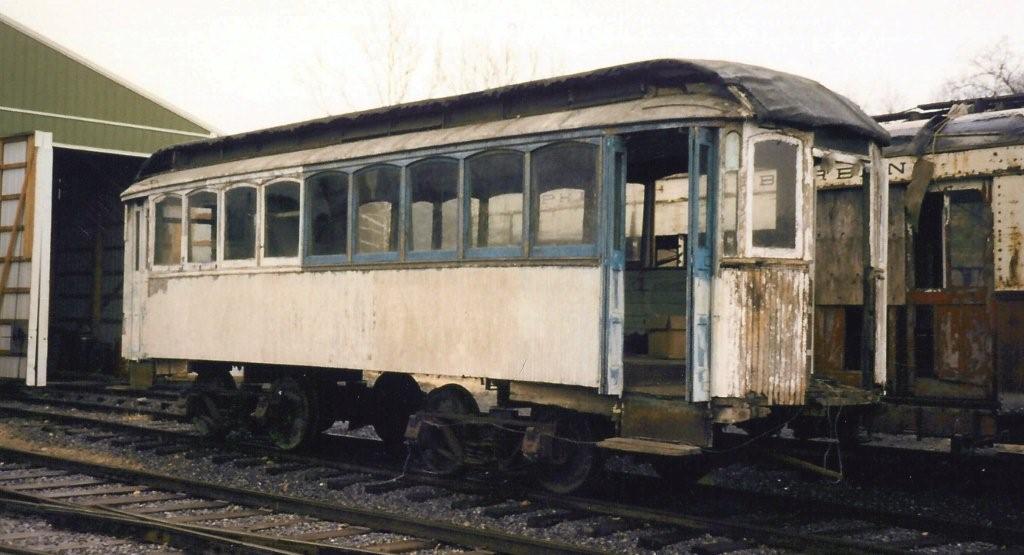 The Valley Railways was a little known trolley system that ran on the west shore of the Susquehanna River and connected Harrisburg with Cumberland County suburbs and the county seat, Carlisle. Trolley service was abandoned on Harrisburg’s West Shore on April 9, 1938. Car #12 from the Valley Railways was built in 1895 by the Jackson and Sharp Co. of Wilmington, Delaware, and it is a rare car. It is the only known survivor of the Valley system and is one of few Jackson & Sharp cars preserved. 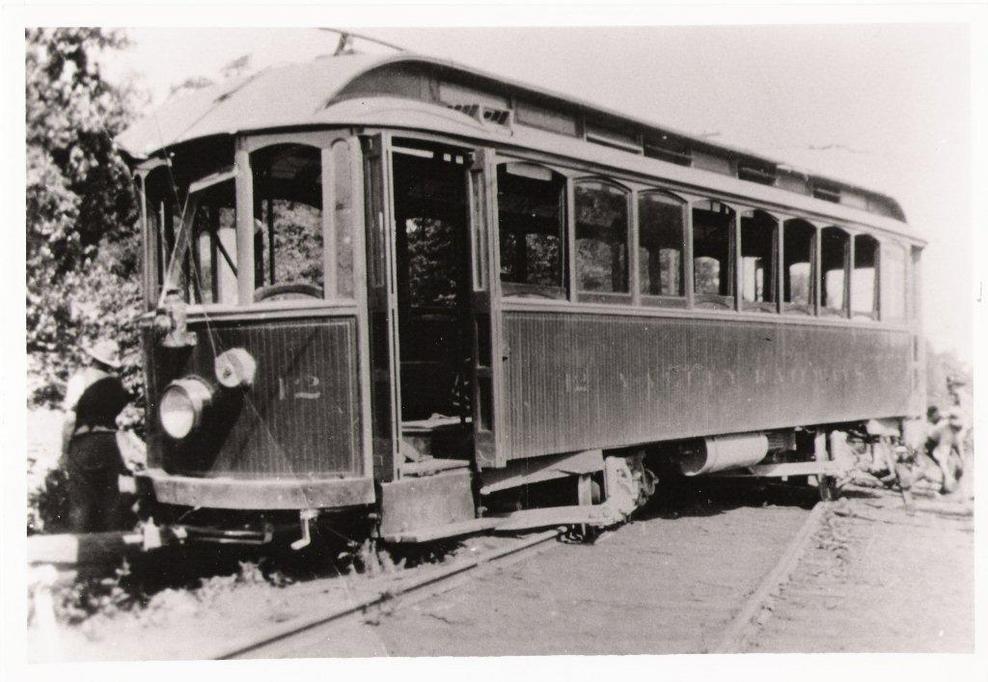 Accidents do happen and trolleys did derail occasionally, but overall had a very safe operating record. This is the only known photograph of Valley Railways #12 and unfortunately the car has derailed.

When built, Car #12 used a unique, single “Robinson-Radial” truck with six wheels. Around 1905, Car #12 was fitted with a pair of four wheel trucks, converting it into a double truck car.

Declining ridership on the Valley Railways system left a need for fewer cars, and Car #12 was removed from service in 1923. The trucks were used under another car and the body was tucked away in the Carlisle trolley barn until it was sold for $25 in 1930. 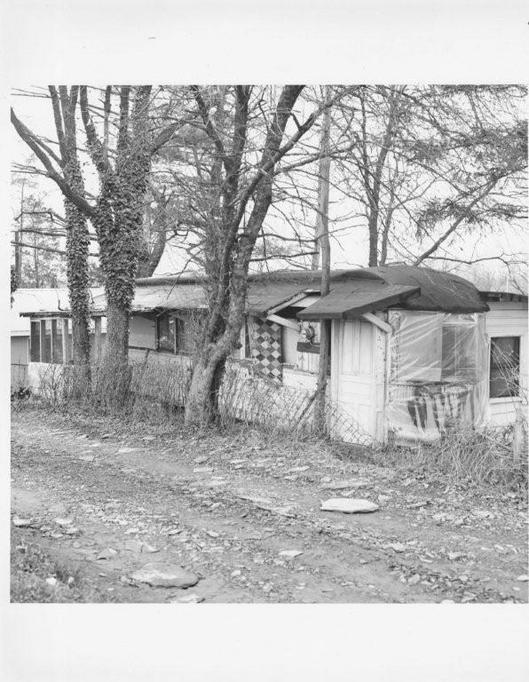 Valley #12 is disguised as a house near Plainfield, PA. It remained here until it was discovered by a museum volunteer in 1985.

Like several other trolleys in our collection, Car #12 was used as a summer home from 1932 until we acquired it. It was located northwest of Plainfield, Pennsylvania by one of our members in 1983. Car #12 was moved to the museum in 1990, and was the first car to be placed inside our new Carbarn Two, protected from the weather. For the first time in 74 years, Car #12 has been placed on wheels to permit movement on the museum’s track. These wheels are temporary while a world-wide search continues for the proper trucks suitable for use under the car. Like other former trolley car summer homes, car #12 will take many thousands of hours and dollars to return to its former glory.