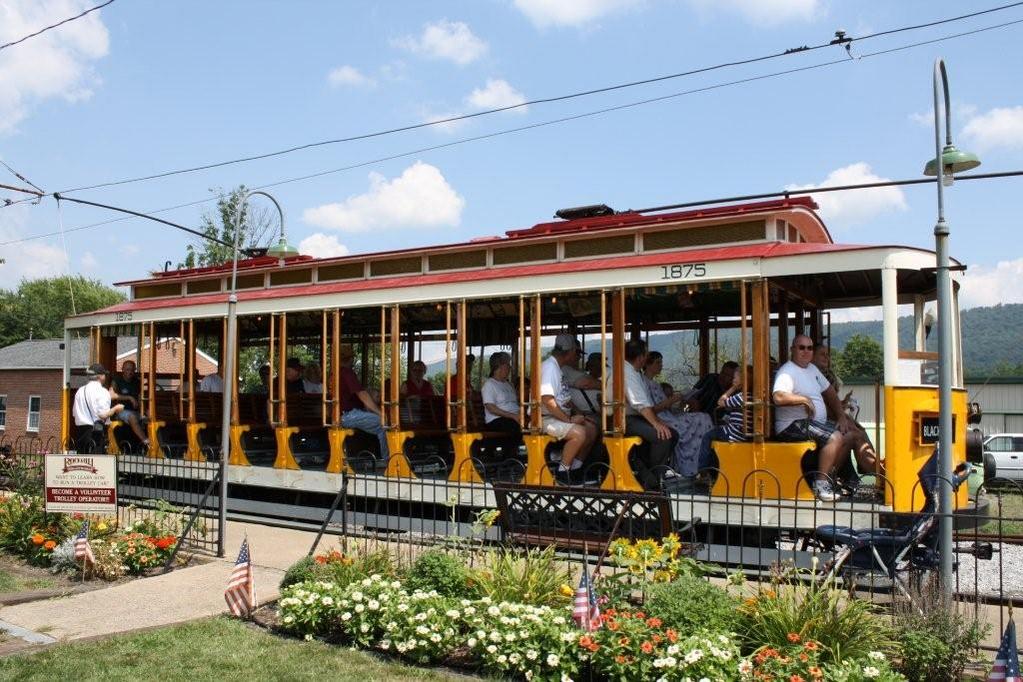 One of the most enjoyable activities around the turn of the century was taking the open trolley for a ride to the local amusement park, for a picnic, or just to cool off on a hot summer evening. These open sided cars provided plenty of free air conditioning to the passengers, as long as the car was moving. Car 1875 is an open car or summer trolley as they were also known. 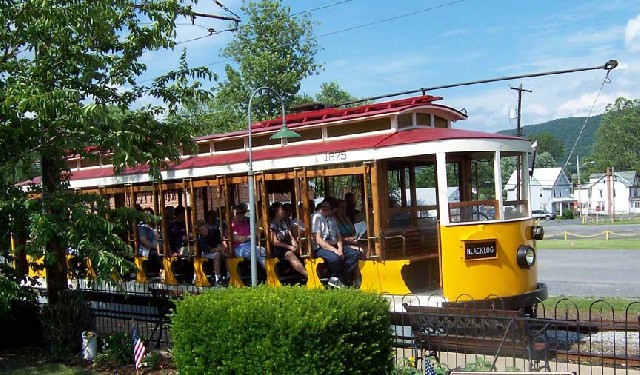 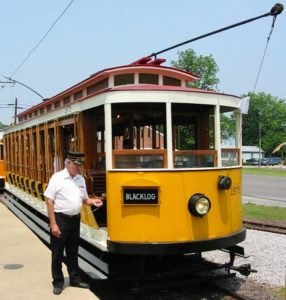 Open cars were very expensive for the transit companies to operate. Unless the climate was always warm, the transit company needed to have a second set of cars for the passengers to ride during the winter weather. Rainstorms were also a problem, although curtains that could be drawn provided some relief. The public still loved the open cars in the hot summer months. It was necessary to have a crew of two people to operate an open car, a motorman to run the car and a conductor to collect the fares. This was a dangerous job for the conductor as he walked along the side running boards to collect the fares as traffic in the busy streets flew by him. For these reasons the open cars were replaced by closed cars or semi-convertible cars (see cars 249 and 172). 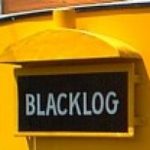 When our museum began searching for this type of car they had been long absent from the American streets. A search turned up several cars in Rio de Janeiro, Brazil where it is always warm. These cars were built to United States specifications but were assembled in Rio using Brazilian woods. In 1965 our Museum acquired three of these open summer cars in a joint venture with other museums similar to ours. They were loaded aboard the deck of a coffee bean ship with ten other open trolleys bound for New York. From there it was a combination trip by railroad and highway truck to the Museum site. Many years of restoration have been put into car 1875 to place it in service. Just as in years past, our open summer car is the most popular car at our Museum during the hot summer months. 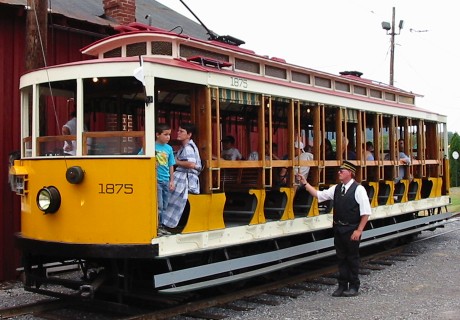