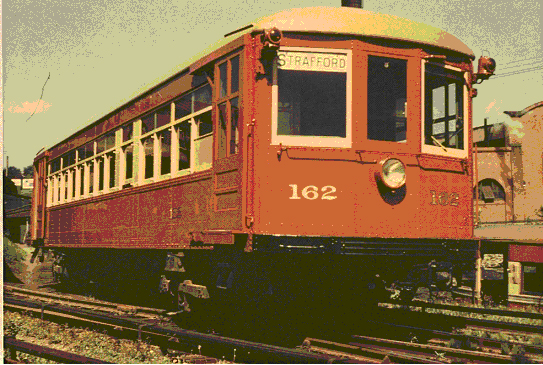 
As originally constructed, the car had ground level steps, end doors, and trolley poles, as well as parcel racks inside the car and a separate smoking compartment. The car was designed for operation by both a motorman and a conductor and had a top or “balancing” speed of 44 miles per hour as constructed.

Car 62 and the other 10 cars of this class became virtually obsolete with the arrival of the high-speed “Bullet” cars in 1931 (car 205 in our collection is one of these cars). Thus, the entire class of cars was rebuilt between 1931 and 1935. Car 62 was rebuilt in 1931 and renumbered as car 162. The rebuilding included a lowering of the cars center of gravity via new floors and smaller wheels, removal of the end doors, steps, trolley poles, and side entrance doors. The maximum speed of the car was also increased to 68 miles per hour in order to maintain the new, faster schedules. Car 162 and the other cars of its class spent most of their lives after their rebuilding in use on the Strafford Branch of the P&W, hence the nickname, Strafford cars. Following the abandonment of the Strafford Branch in 1956, the car was used primarily for short-turn local trips and especially during snow emergencies.

Car 162 was the last car of its class in service when it was retired in 1990. It currently is not in service but is operable under its own power. It will join our operating fleet of cars as time, money, and volunteer effort permit. 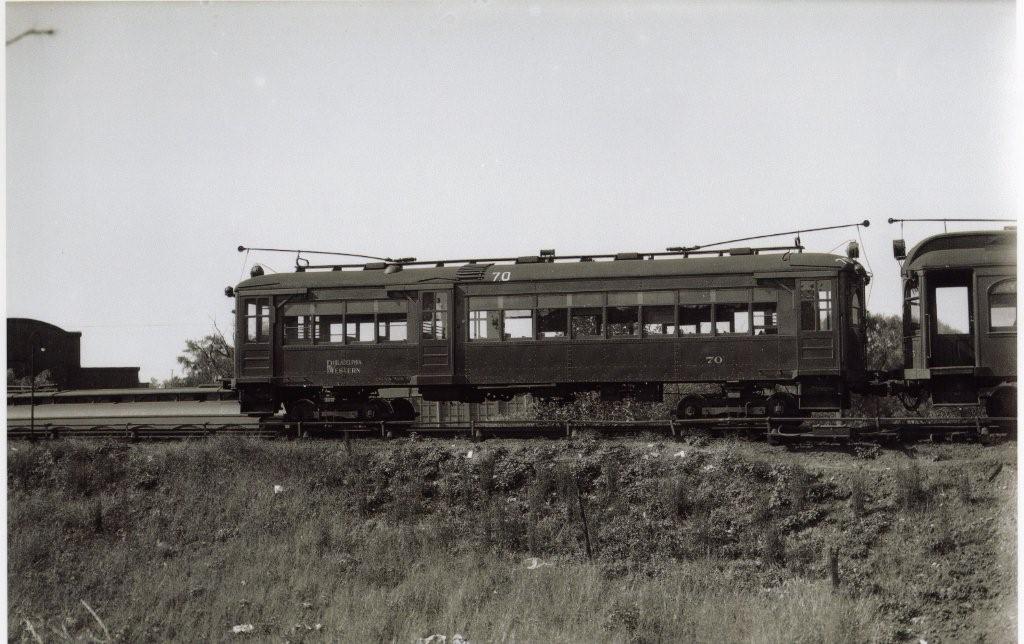 This series of interurban cars originally had a door in the side of the car to separate a smoking section. This photo shows P&W #70 in the series’ original configuration. Photo by H. Goldsmith, Photo Collection of Seashore Trolley Museum. 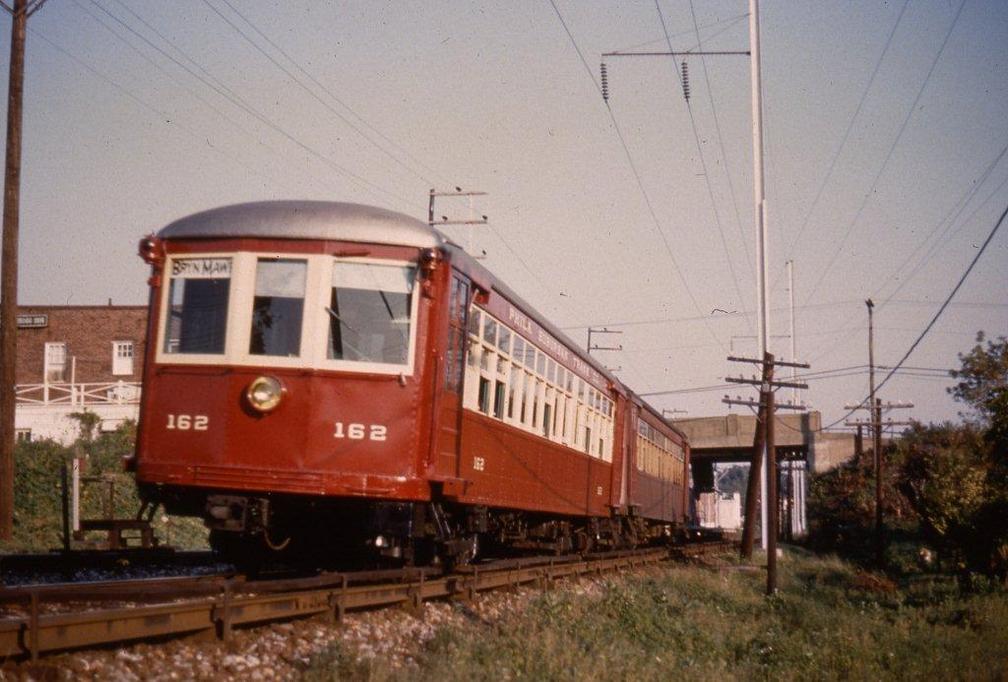 In October of 1960, Trolley #162 is paired with another Stafford car to form a train. It is the second car of the train shown inbound from Wynnewood Rd. 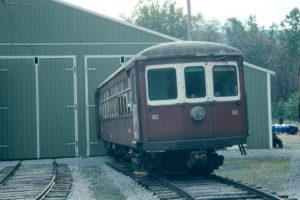 At the museum trolley #162 is posed outdoors at the Carbarn Two building. 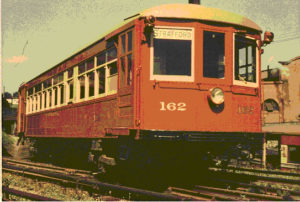