One of the most famous interurban trolleys ever built was the series of Bullet cars used on the Philadelphia & Western Railroad’s Norristown line. Car 205 was built in 1931 by the J.G. Brill Co. in Philadelphia at a cost of $31,000. 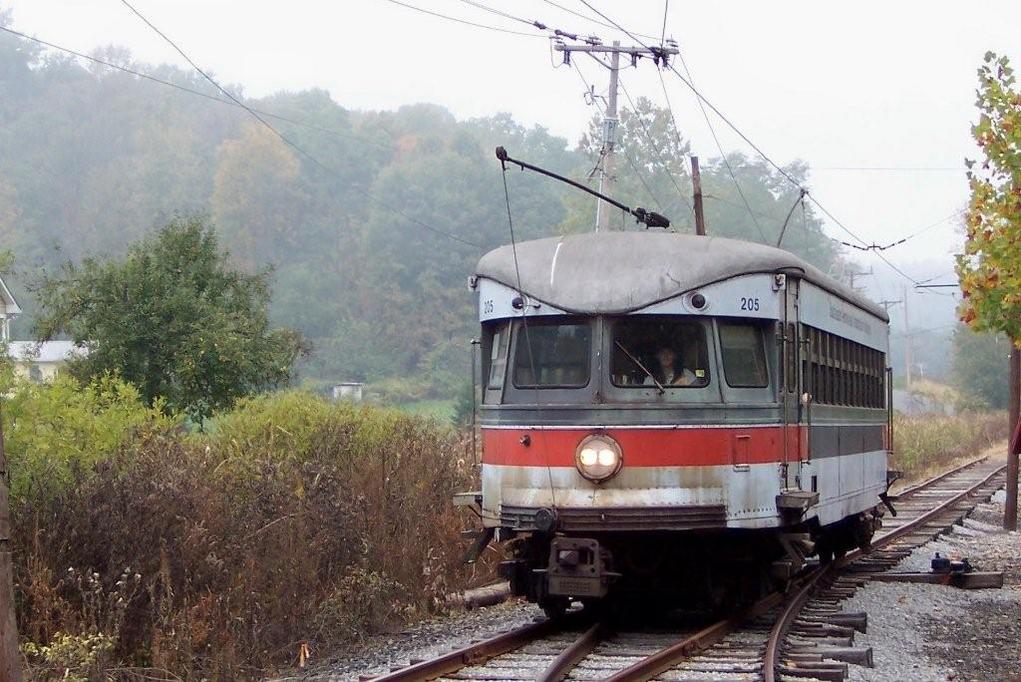 With trolley poles now added on the roof of the car, Bullet car # 205 today is the only car of this type operating anywhere. 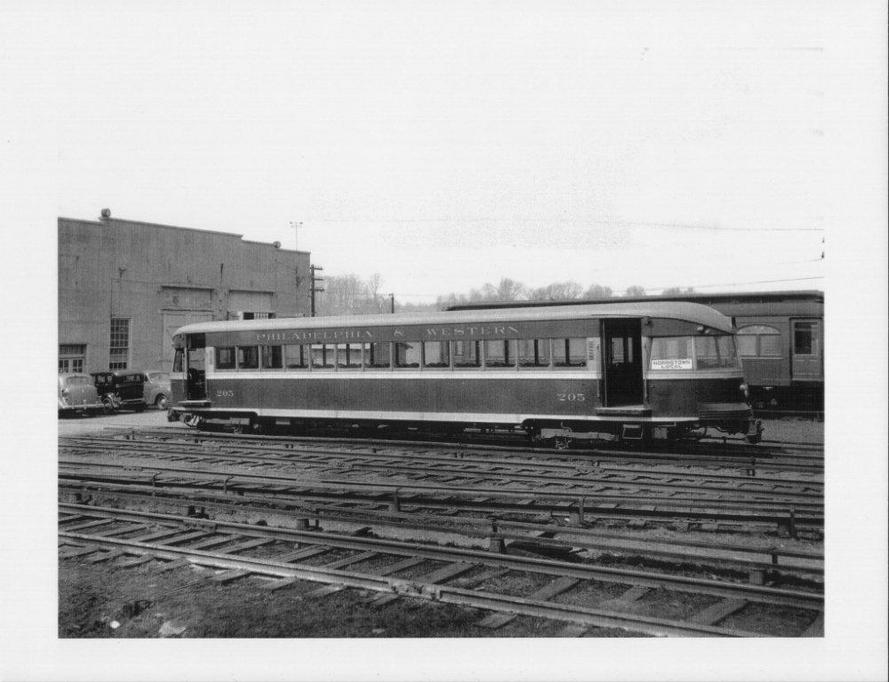 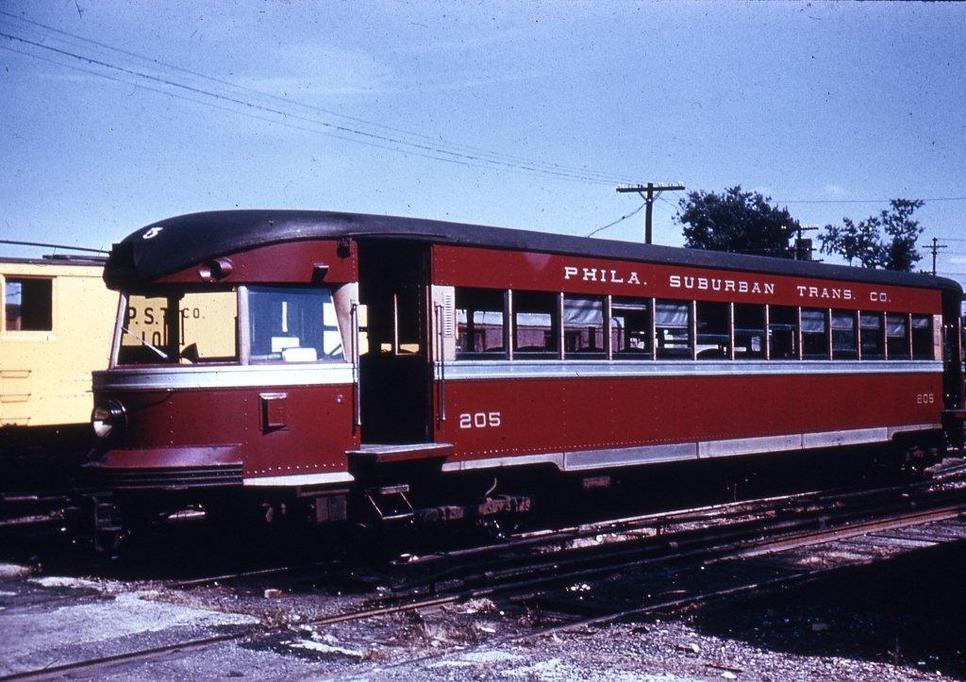 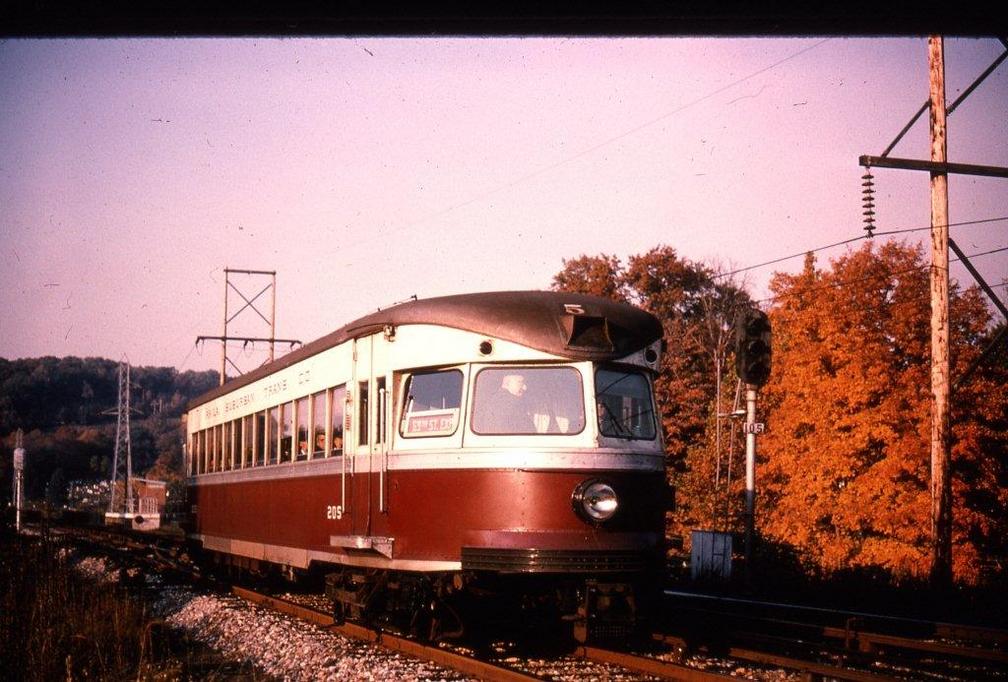 By the 1960’s, the windshields were modified and the color scheme was changed yet again. This view shows the car at Conshohocken Rd. in October, 1965.

Car 205 and nine other cars like it traveled back and forth from 69th St. Terminal in Upper Darby to Norristown, fourteen miles away. Car 205 and its running mates saved the P&W from bankruptcy. The cars incorporate a lightweight aluminum design, thus decreasing weight and power needed to operate. They could run at higher speeds than the older cars, and only needed a one man crew to operate. Passengers paid their fare when they boarded or left the car. The cars were equipped with safety equipment similar to our Johnstown cars 311 and 355, to protect passengers if the motorman became disabled. These cars were nicknamed Bullet cars because of their dynamic bulletnose design, and because they were capable of over 70 mph! 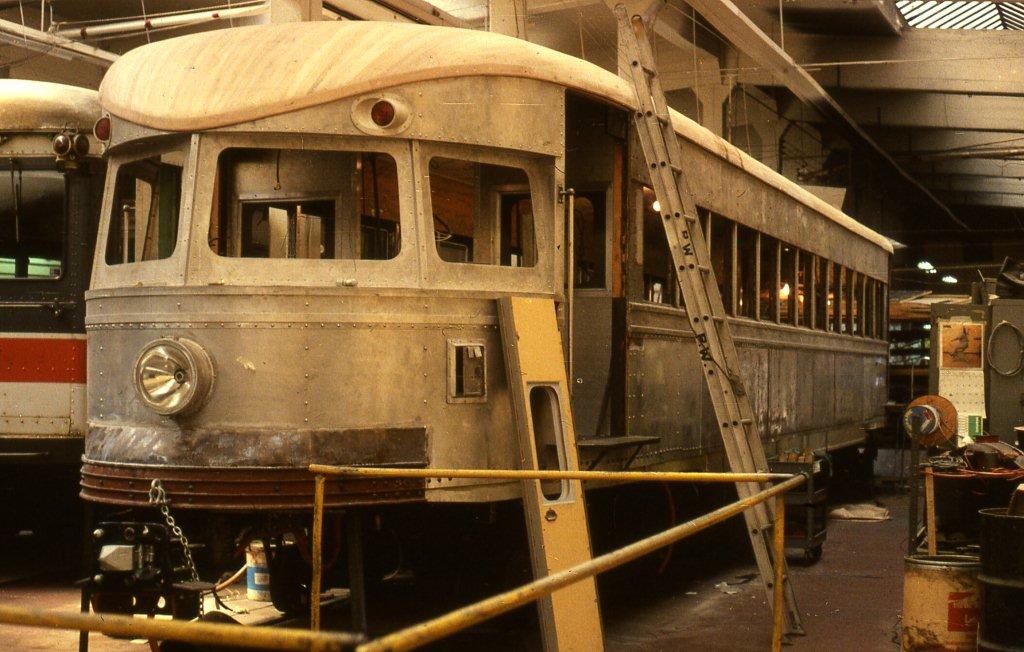 The Bullet cars were constructed using aluminum. Here a car is in the shop being prepared for painting. Photo by Paul Marton, August 13, 1993.

Our museum acquired car 205 from the Southeastern Pennsylvania Transit Authority (SEPTA) in 1990, when it was retired after an amazing 59 years of service. The Bullet cars were operated from an electrified third rail only and were built without trolley poles. Museum volunteers designed and built roof supports for the installation of trolley poles needed to operate safely at our museum. Car 205 has no steps and high level platforms only, since the Norristown line has no street operation.

This very unusual car is operated regularly at our museum, and is popular with visitors and members. A cosmetic restoration of the car is anticipated for the near future.