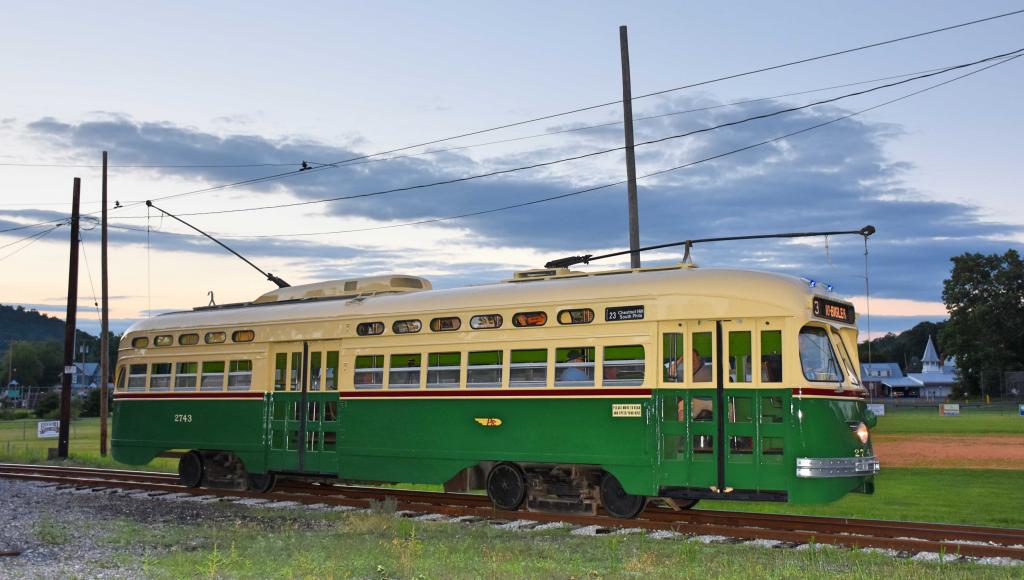 Car 2743 was acquired by the Museum in 1994. It was in regular service in Philadelphia until the fall of the previous year. 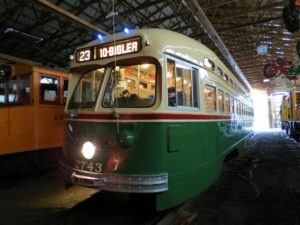 During the 1930’s, transit companies were in competition with the private automobile. People were using their own automobiles as they were affordable. The electric railway industry commissioned a Presidents’ Conference Committee to design a new standard trolley to increase ridership. The PCC, named for the Presidents’ Conference Committee, saved many transit companies from early abandonment. The Museum’s example of a PCC car comes from Philadelphia, PA.Car 2743 was built by the St. Louis Car Co. in 1947 using a 1945 design. It has small windows above the main passenger windows which were called standee windows. PCC trolleys featured a smoother ride than the older trolleys, faster acceleration, a reduced noise level and comfortable seating. Most PCC cars built were single-ended, meaning that main controls were located only at one end of the car, with shop movement controls (or no controls at all) in the rear. Turning loops were required at the end of all lines in order to have the car traveling in the correct direction. A total of 210 such cars were built in a 1947 order for the Philadelphia Transportation Co. 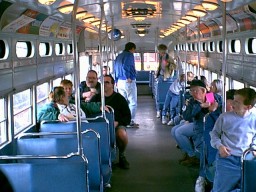 A major stumbling block to making 2743 operational at our musuem was the track gauge, or rail spacing, of the car. Philadelphia city trolley lines use a broad gauge of 5 feet 2 1/4 inches, and our Museum is built to 4 feet 8 1/2 inches, known as standard gauge. A suitable set of standard gauge trucks were obtained from Cleveland to have the needed parts to “regauge” this car. Over the winter of 1997-8, volunteers spent nearly 600 hours “regauging” the car. In 1998 the car was placed in operation on our line. 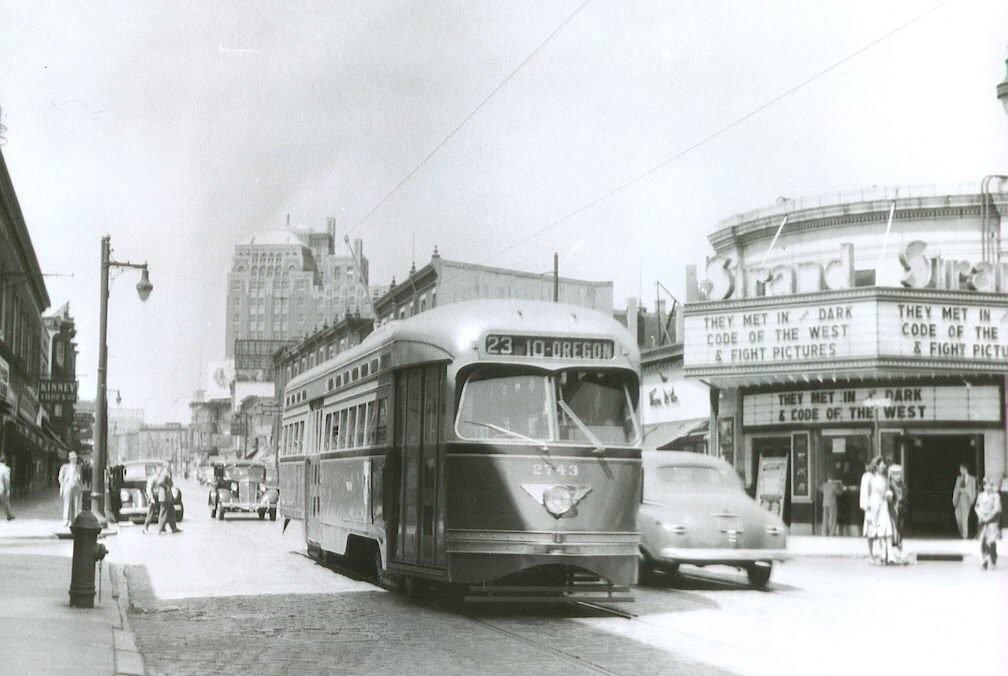 Trolley #2743 was photographed on the first day of service in May of 1947 while the car was operating on Germantown Ave. 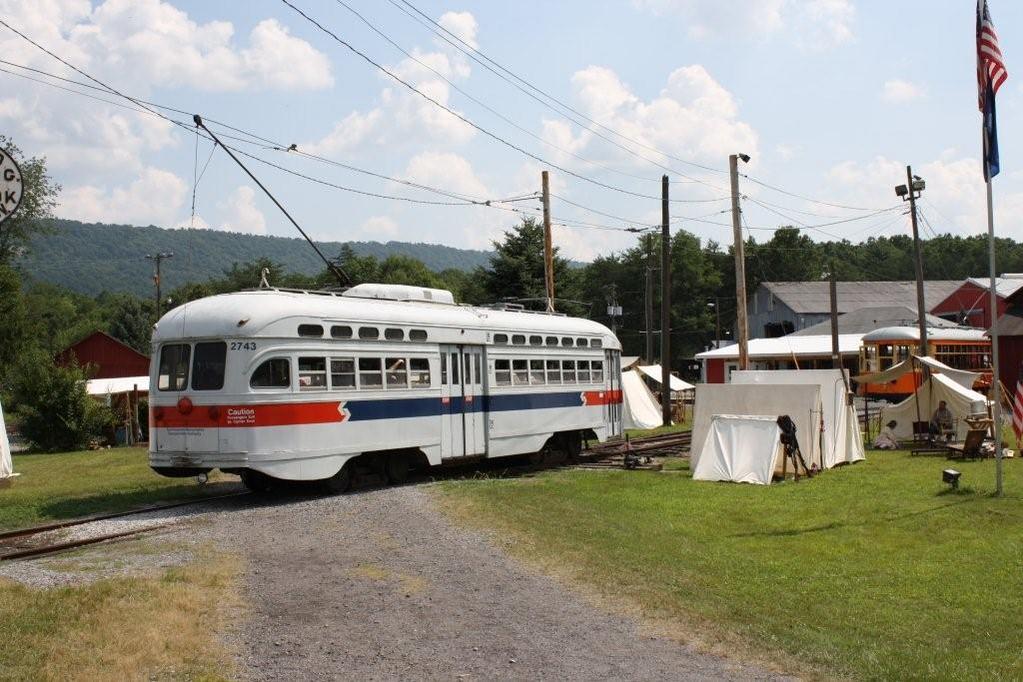 Trolley #2743 is a single ended car. The car is normally operated only from the front and the rear of the car is very different.