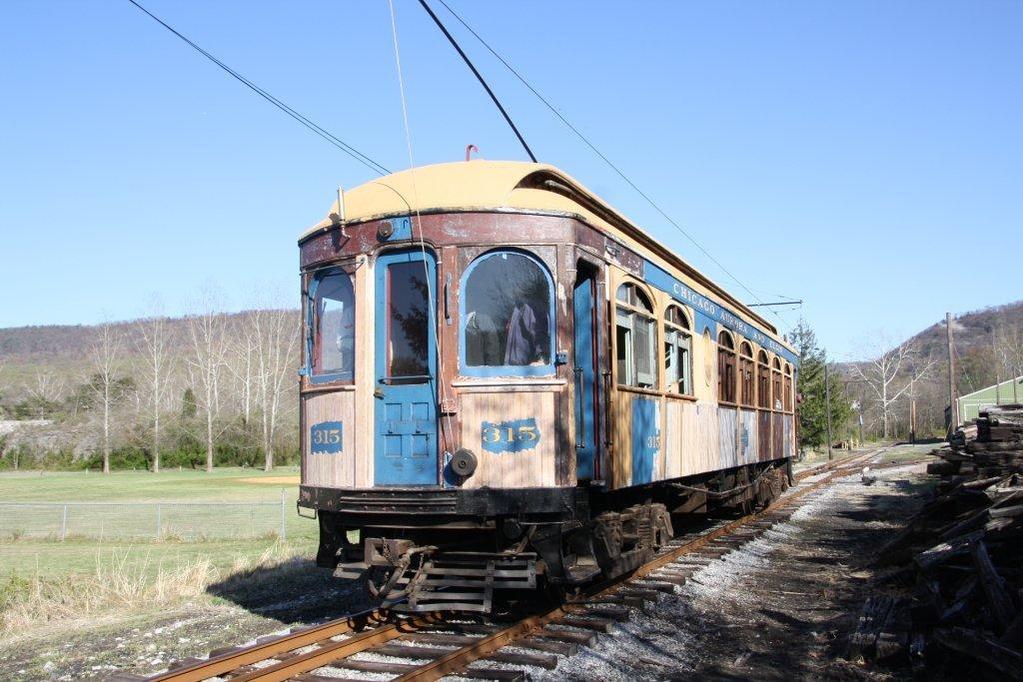 Car 315 is an interurban car built in 1909 by the Kuhlman Car Co. of Cleveland, OH, a subsidiary of the J.G. Brill Co. It was built for the Aurora Elgin & Chicago Railroad which was later known as the Chicago Aurora & Elgin Railroad. 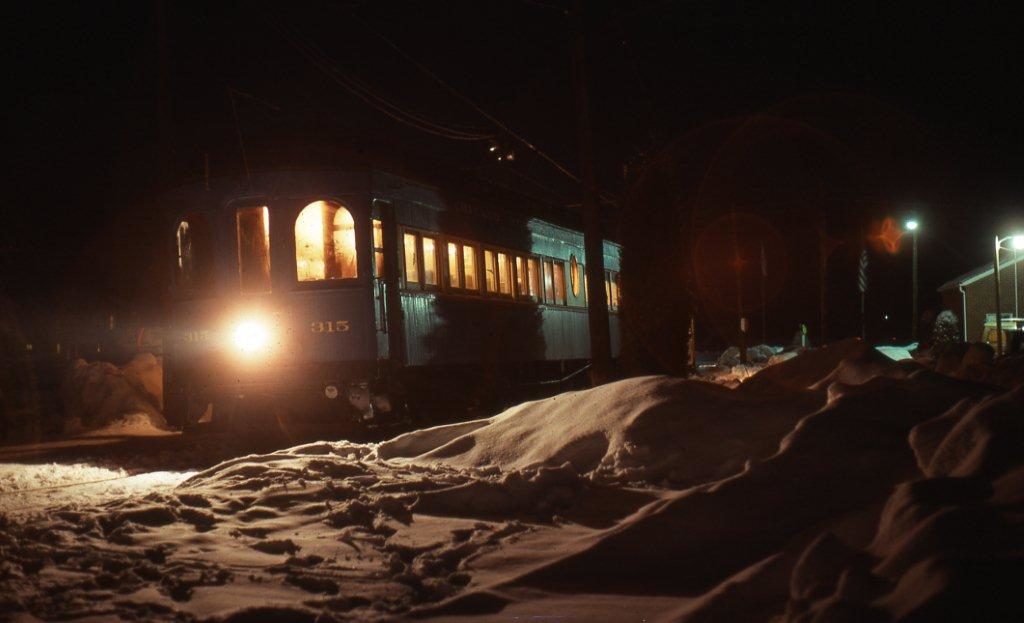 A winter night run at the museum is reminiscent of interurban travel from many years ago with # 315. Photo Date: February, 1978. 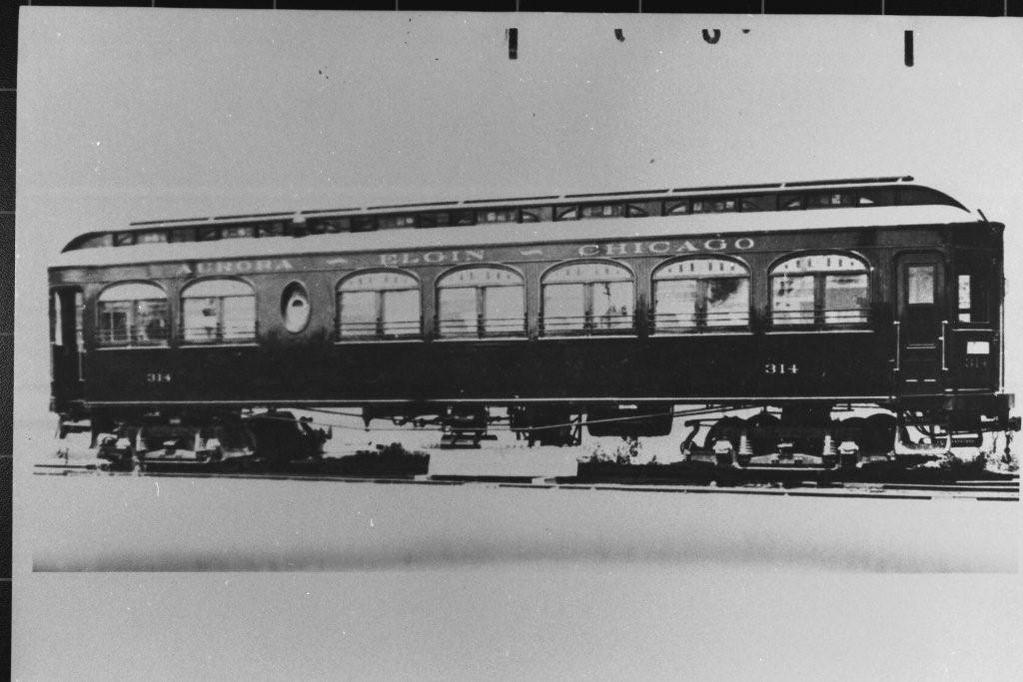 As built in 1909, car 315 was lettered for the Aurora Elgin & Chicago Railroad. Today the car is being restored to this condition as closely as possible, as depicted in this photograph of sister car #314.

As cities grew larger, the streetcar lines followed the expanding city boundaries and continued on to other cities. These lines, called interurban lines, often operated different types of cars than those which operated in the cities. These interurban cars were more comfortable for the passengers and also faster and more ornate.

The CA&E operated to the western suburbs of Chicago until July 3, 1957 when passenger service was discontinued. Car 315 was the lead car of the last train operated by the CA&E. Proposals to reopen the line continued for several years with all equipment stored in the Wheaton, IL, yards of the company until 1961, when car 315 was acquired by our museum. Moving car 315 from Chicago to our museum was accomplished by removing the trucks (wheels and motors) from the car, placing them in a gondola car and setting the carbody on a long flatcar. The car then was moved by the Pennsylvania Railroad to Mt. Union, PA. It was transported by highway the final 11 miles to the Museum. Although not fully restored, car 315 has had much restoration work done at our Museum.

Car 315 is an example of the grand splendor of interurban travel experienced at the beginning of this century. 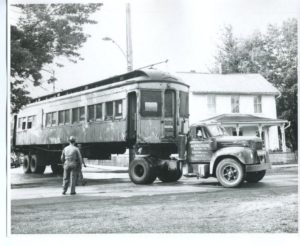 Transporting car #315 to the museum from Mt. Union was accomplished by using a truck dolly with the end of the car placed directly on the tractor, thus making its own trailer. 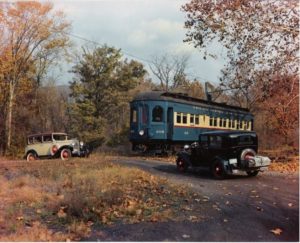 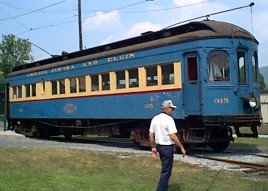