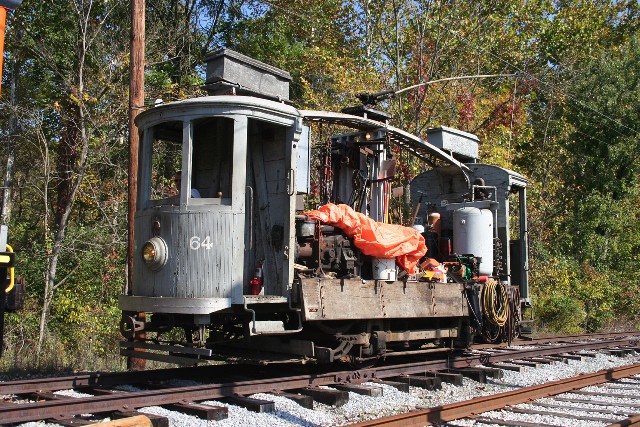 One of the most useful trolleys at our museum is our track service car. Car 64 from Oporto, Portugal, was built in the company shops in the 1930’s. According to the Oporto trolley museum, some of these cars hauled coal straight from mines to the company’s electric power plant. Others were used to remove ash from the power plant, and some to haul odd freight–including fish!–between the port and the markets. The sides of the four-wheeled car fold down, allowing easy access to the load. 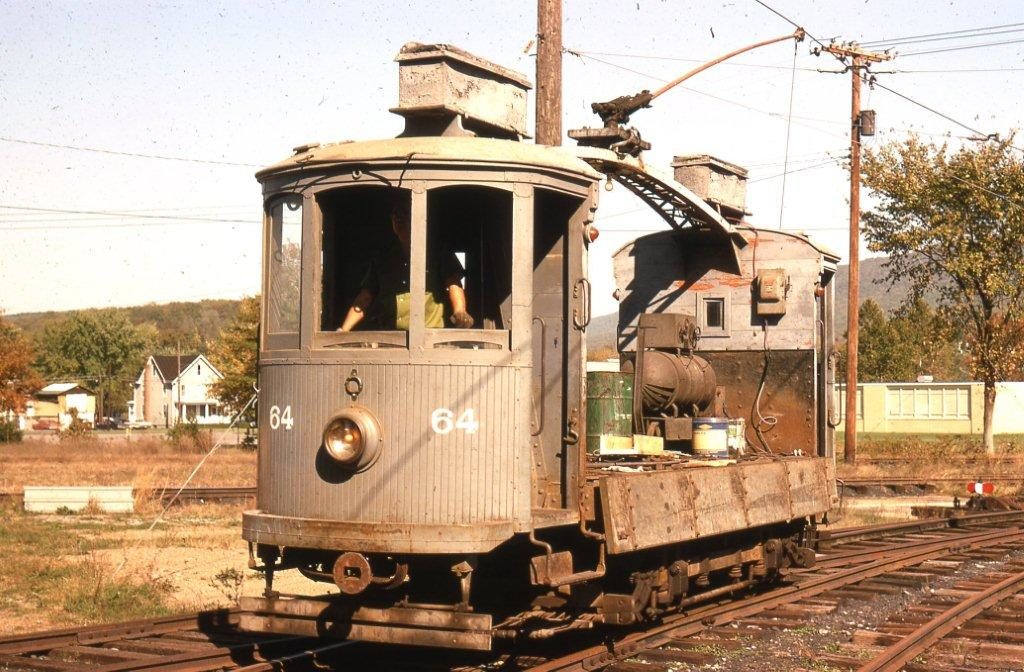 The sides of this trolley drop down to allow material to be loaded and unloaded very easily. Photo Date: October 18, 1970.

Car 64 was acquired by our museum in 1967 along with Oporto car 172. Both cars were brought across the Atlantic ocean aboard a ship to Philadelphia, PA. Two trucks were then used to transport the antique trolley cars to our Museum. 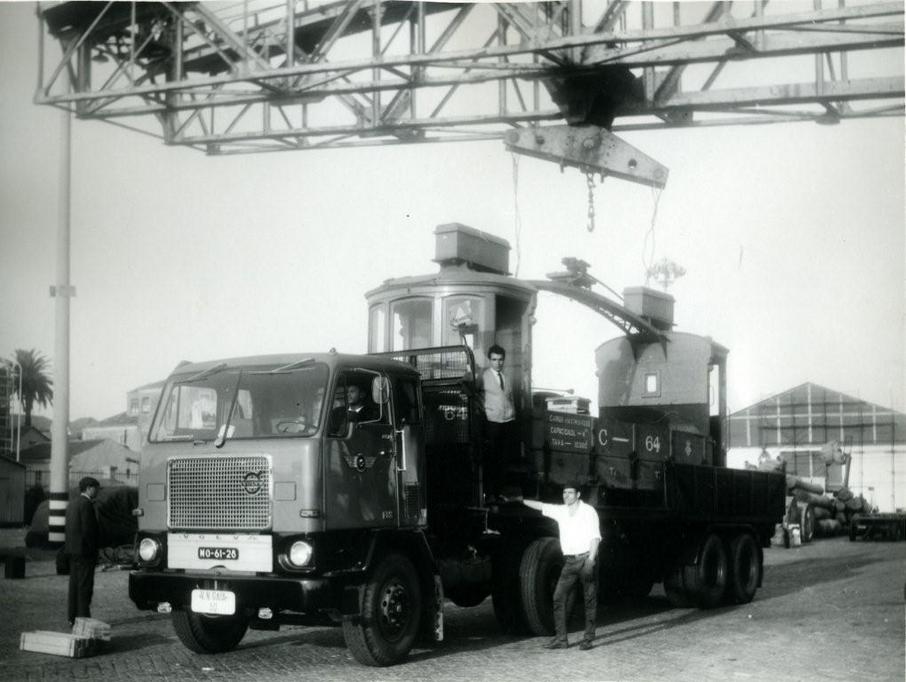 Our trolley car is ready to be unloaded from the truck that delivered it to the dock in Portugal and loaded onto the boat bound for the USA in 1967.

Since its arrival at our Museum, car 64 has been outfitted with an electric arc welder, acetylene cutting torch, air compressor, generator and numerous hand and power tools. 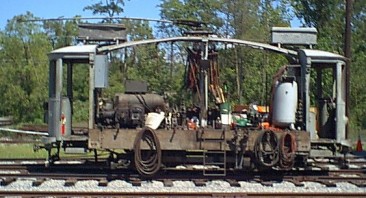 These tools are used by our volunteer members to build and maintain track and the overhead wire system at our museum. 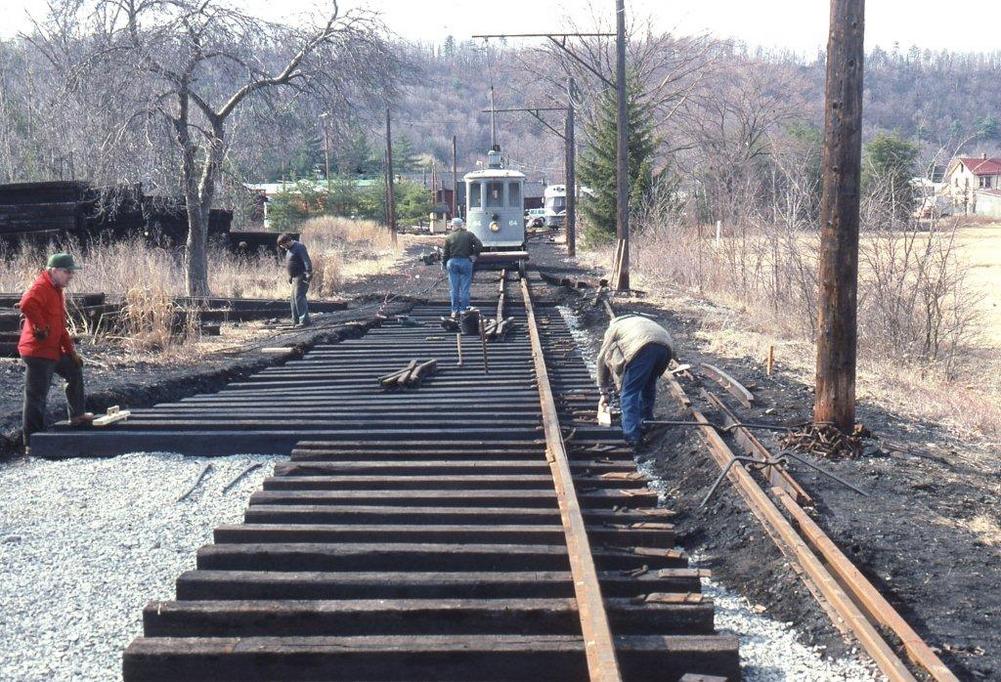 At the museum trolley car #C-64 has always played a role in almost every track projects. Photo Date: March 9, 1991. 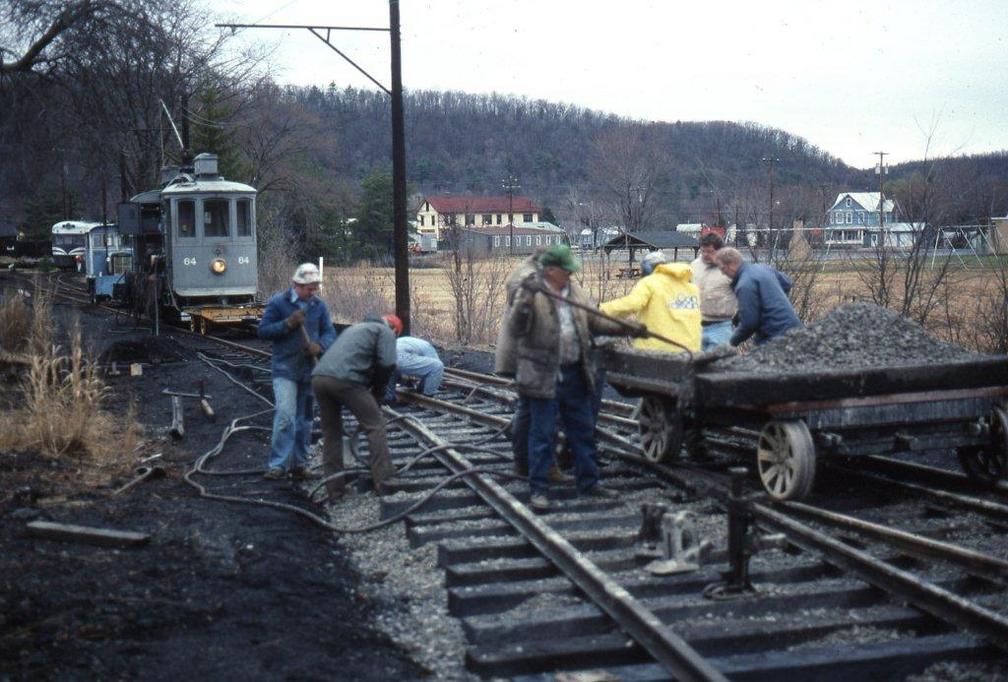