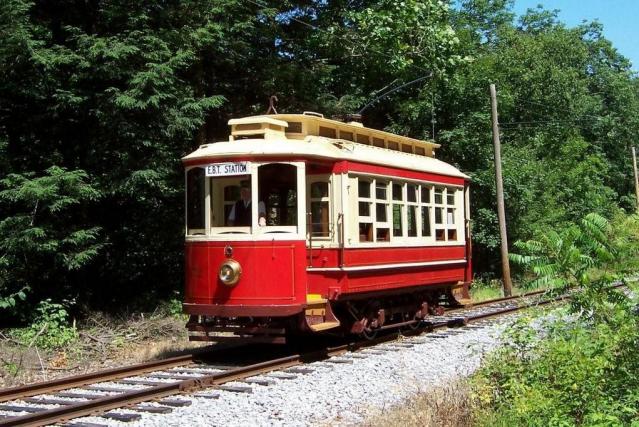 Car 172 is a Brill semi-convertible design, meaning the windows can be raised into roof pockets. This creates an open summer car effect with the convenience of being able to lower the windows in case of a rain storm or cool weather.


Car 172 is our example of a Toonerville trolley, a small two-axle trolley. The nickname comes from a series of silent comedy films by that name, which featured a rickety little trolley bouncing along the countryside as its motorman engaged in a series of comical adventures. Car #172 is based on a design by J. G. Brill Co. of Philadelphia, which is coincidentally where the first Toonerville trolley movies were made, before Hollywood even existed. 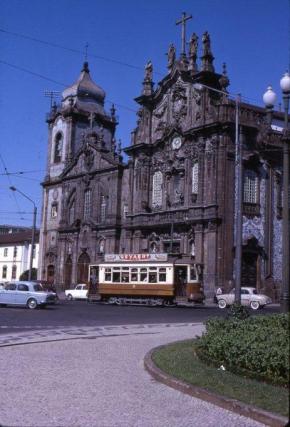 A sister car to #172 operating in Oporto.

Car 172 was built in Oporto, Portugal in 1929, although it looks very similar to cars that operated in the United States around 1900. Oporto built a large fleet of these cars in their shops. Car 172 has an attractive interior, with very ornate carved wood trim , fancy brass fittings, and sliding end doors. It also has a unique seating arrangement, with two seats on one side and one seat on the other, made necessary by the narrow twisting streets of Oporto. 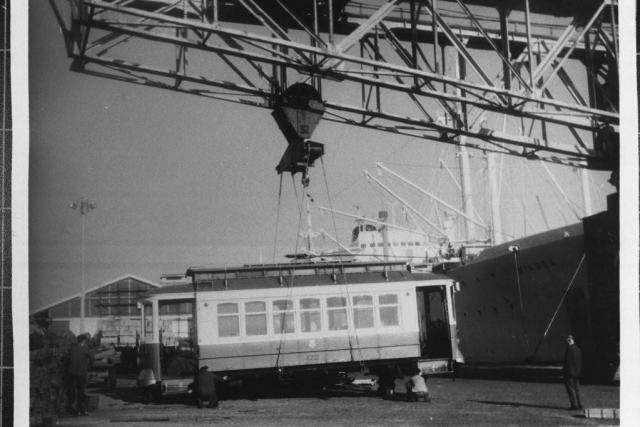 Loading Car #172 in Oporto aboard a ship for the trip to Philadelphia. A tractor trailer carried the car to the museum.

Car 172 came across the Atlantic Ocean with Oporto work car #64 in 1967. Both cars were trucked aboard highway trailers from Philadelphia to our museum. While several other US museums and groups have acquired cars from Oporto, our Museum was the first to import cars from that city. Car 172 was in operating condition upon arrival at the museum and was placed in passenger operations immediately. Its four wheels give a bouncy ride, as frequently parodied in the Toonerville Trolley films. The body of 172 has been restored in our Buehler Shop and is a favorite with our visitors. Like sister car #249 from hilly Oporto, #172 has three separate braking systems: air brakes, hand brakes, and dynamic brakes. 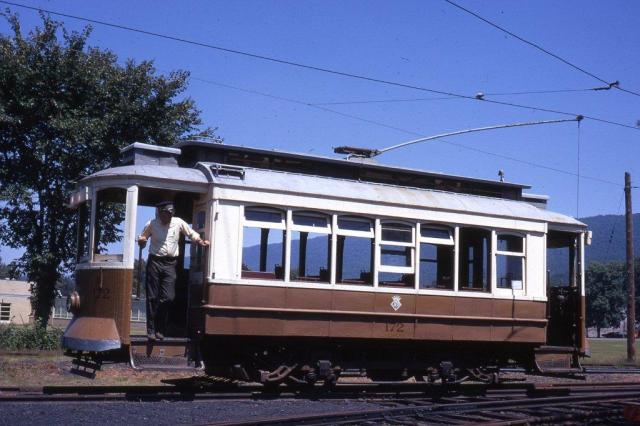 Oporto #172 shown in its original Oporto paint. colors at the museum in 1971.

The year 2005 saw the completion of extensive mechanical repairs to 172’s wheelsets, motors, gearing, and airbrake piping. The car is now in regular service at our museum.